There were requests for the Kontakt version of this library to be unified in the livestream yesterday, so here it is. 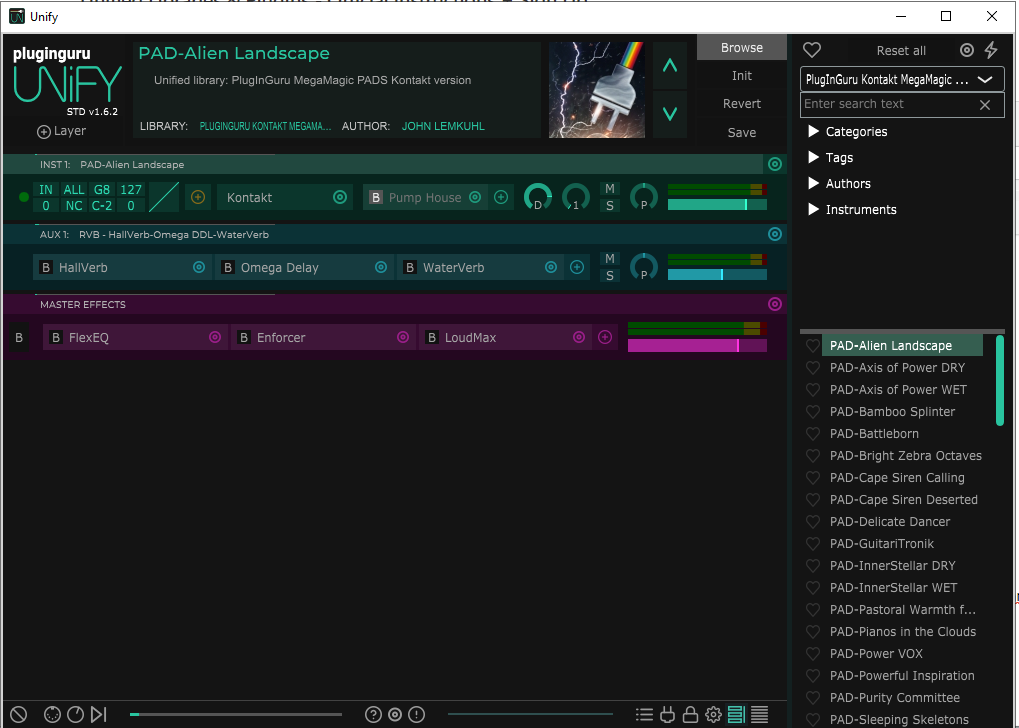 It is a "raw" one-by-one patch-by-patch library meaning:
- Naming exactly as in Kontakt
- No macro set up in Unify (there are none in the Kontakt library)
- No Tags, Categories or Comments(descriptions)!!!

This library requires Kontakt(6) to be registered in Unify and of course that you own the Kontakt version of MM Pads!

IT will most certantly require setting up a symbolic link. To a Kontakt folder named as this:

I can't get my head around the way Kontakt handles these sample links. I know that you tried Jeremy(@zinct) 😎 . If anyone care to share the secrets I would be greatful.

EDIT: I will remove this link until I have re unified it based on input from Jeremy (se next post)

So if you want to try it out, you can get i here:

It shouldn't need a symbolic link with the latest version of Kontakt 6. However there seem to be a number of scenarios that make it not work.

In theory, whoever wants to use your library should first make sure their folder is set up in Kontakt - select  “Options – Loading” in Kontakt settings and set the folder for where their non-player Kontakt libraries are stored.  For example, my folder is set to S:\Kontakt Instruments\ which is where my non-player libraries are stored. One gotcha I found with this method is where the structure/naming of a folder for a particular library (or its sub-folders) is different on someone's system compared to the person's system who created the Unify library. This might be because they renamed it for their own needs.

Your Unified library didn't work for me for this reason. Your Kontakt MM Pads folder is named "PluginGuru MM PADS Kontakt" whereas mine is (was) named PluginGuru Megamagic PADS (as extracted from Skippy's zip). I tend to stick with folder names as delivered from the library company for this reason.

Anyway, after renaming my folder as per yours and batch resaving it in Kontakt your Unified library still didn't work. I think it's because you have your PluginGuru MM PADS Kontakt folder at the top level e.g. S:\PluginGuru MM PADS Kontakt whereas I retained the \Kontakt Instruments\ folder so that the top layer folder isn't so cluttered. However, this also seems to break the new functionality in Kontakt.

Just out of curiosity do you have your "Options - Loading" folder set to S:\ as the Kontakt dialog box that pops up on my system implies that it is not applying my folder settings to your saved patches which is maybe due to you not having the folder set up in Kontakt when you saved the patches?

I'm happy to carry on testing it with you if you like or people can just use symlinks as before.

Incidentally, my dislike of symlinks stems from having set up a lot of them on an old system a while back. When the system broke and I rebuilt it I couldn't remember all of the symlinks that I had set up and it was a pain to get it all up and running again. Of course I should have been more methodical and maybe set up a batch file for all of them at the time which I could have backed up and used after a system restore. I also just think the Kontakt folder option is a cleaner solution (when it works).

For the above reasons I only tend to share Unified Kontakt Player libraries these days as these work without any tricks (at least the ones I have tested so far do e.g. NI Session Guitarist libraries).

As I wrote, you tried to explain this to me before😀. But, for some reason I can’t grasp it fully and it is hard(impossible?) to experiment and test it on your own setup.

Still, I will try to reunify it using your explanation. It will take me less than 15 minutes.

Yes I changed the name of the folder since in the download it was a composite of several VSTi libraries and none had the prefix PlugInGuru and the Kontakt one is named ”MegaMagic PADS for Kontakt 5.5.1”.

I will redo the unifying with new folder names. What should I put as ”Options - Loading folder” for this to work? Yeah, I know I am stupid😱.

No problem and you are definitely not stupid 🤣 ; it's more likely my explanation that needs work - they say a picture is worth a thousand words so maybe I should just do a short video.

Yes, you could try redoing the Unified library having first set your Non-player content base path under "Options - loading folder” first. I completely understand why you would rename the folders; I have done it myself and I'm sure we aren't the only ones 🙂 Yours should probably be set to S:\

One of the libraries I tested with a friend didn't work because the default installation had another folder beneath the install folder so I moved it up a level. That seemed logical to me but my friend didn't do this so the Unified lib didn't work on his system. Once he shuffled his folders for the library to be the same as mine (except his Kontakt Instruments folder was on a different drive) it worked fine on his system. He had already set up his Non-player content base path under "Options - loading folder” btw.

My Kontakt MM Pads folder is

S:\Kontakt Instruments\PlugInGuru MM PADS Kontakt   and this has within it "MegaMagic Pads Samples" and "Resources" folders as well as the .nki files for each patch.

Coincidentally, we seem to be using the same drive letter for non-player libs so, if you use the same sub-folder structure, we will have the same setup so we won't even need to use the new feature in Kontakt 🙄

This is the reason why unifying Kontakt libraries is a PITA. It requires that everyone has the same strategy for storing Kontakt libraries. What do you do if you need to spread libraries over several discs? I understand your point about SYM links, but AFAIK it works if the folder names are the same.

I will give it a try using your folder structure. Do you care to test it if I mail it to you?

I suspect it will work anyway as we will effectively have the same drive letter and folder setup. Maybe needs someone to test it who has their non-player libraries on, say  F:\Kontakt Stuff\  (actually I might be able to do this to test this one library and then move it back to the real location afterwards).

Sent you a new version by mail.

Thanks. I will then unify the complete library and post it here shortly with some explanation. I think this will be the last Kontakt library that I will unify for sharing. It is to much on both ”sender” and ”reciever” end to make it work.

After some trial-and-error whith a lot of help from Jeremy(@zinct). Thanks! I have now re-unified this library. You will find it here, https://www.dropbox.com/s/8cex087mh6r6cql/PlugInGuru%20Kontakt%20MegaMagic%20PADS.guru?dl=0

Just drag the guru-file into Unify.

Due to the complications how Kontakt 6 handles non-player sample links, there are two ways for you to use this library.

With or without  symbolic links.

You need to have your PADS Kontakt library in a folder structure (and names) as this (it don't need to be the same drive letter):

In Kontakt Options/Loading set the path to where your library are located (it doesn't have to be the same drive letter!): 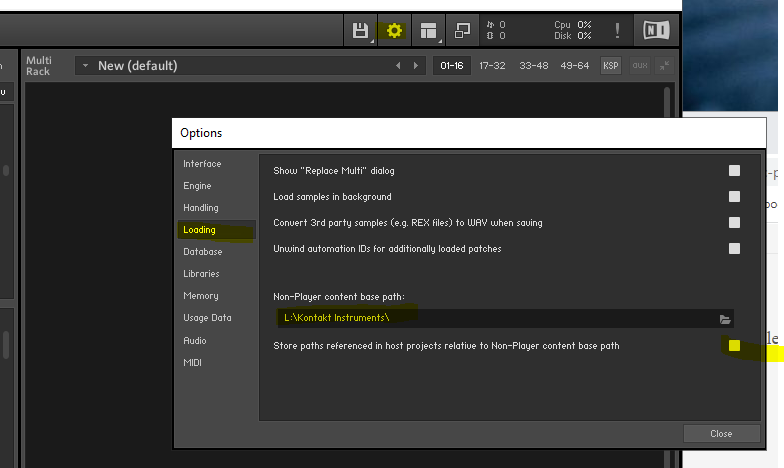 After setting this, do a batch resave of the library.

This thread also contains information on the procedure without symbolic link.

Sorry about the cumbersome process, but that's what Kontakt 6 requires to my understanding.

Thanks for your perseverance Thomas. Working fine here without symlinks 👍